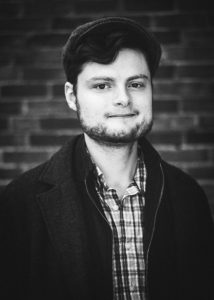 Brandon O’Neil is currently double majoring in Education and English (literary studies track). His work has been featured in The Christian Science Sentinel, Wilde Magazine, and People’s World. For his capstone in English, Brandon is exploring the presence of Jungian archetypes within Walt Whitman’s 1855 edition of Leaves of Grass. He has served as an editor at Mistake House since early 2015. Brandon currently resides in Elsah, Illinois with his best friend Robert and his cockatiel Oscar. 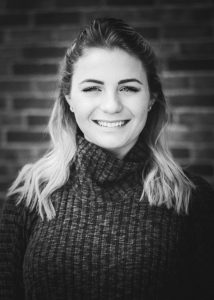 Patricia (Patty) Gray is from Southern California, and is currently majoring in English in the literary studies track. She minors in Studio Art, Religion, and Spanish. Currently, she runs the on-campus events for the “Friends of English” (FOEs) club and previously wrote for Principia’s on-campus newspaper, The Pilot. In the fall, she will be traveling with students from Principia to Prague, Czech Republic, to study 20th & 21st century Czech literature, studio art, and creative writing.Patty typically works at least two jobs on campus and takes an average of 18 credit hours each semester. She is very organized and, in her free time, loves to read and go line dancing. 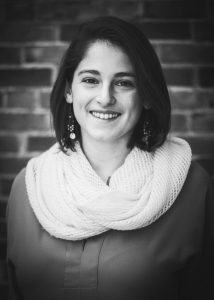 Ariana Dale is from Denver, Colorado and is currently working toward a BS in Biology with a minor in English with a focus in (creative writing). She hopes to conjoin these studies in the field of Science Writing. Her interest in poetry has recently found a focus in the question of the ownership of the self and the body. This year she is involved in writing articles for her school newspaper, The Pilot, and in the past has been published in the Christian Science Sentinel. 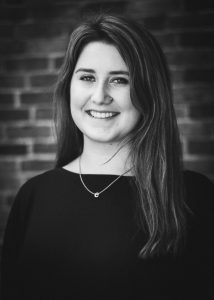 Elizabeth Hagenlocher currently lives in Vermont. An English major in the creative writing track, she also minors in Theatre and History. Currently, she runs the on-campus events for the “Friends of English” (FOEs) club. In the past, she has been a writer for Principia’s newspaper, The Pilot, and has taught creative writing classes at a youth summer camp. Her work has appeared in Ridley Pearson’s The Syndrome, as the voice of Mattie Weaver. Elizabeth’s hobbies include reading, swimming, and critiquing “high fashion.” 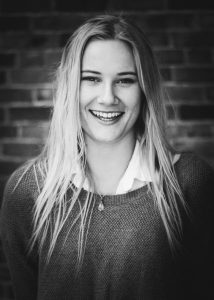 Sydni Hammar is an English major on the creative writing track. She currently resides in Los Angeles, California, and has always had a passion for art in its varied media. Sydni works as a writing tutor at the Center for Teaching and Learning on her college campus. In her spare time, she loves to be outdoors, and has come to enjoy the beauty and changing seasons of the Midwest as much as she loves the Santa Monica Mountains and ocean. She looks forward to studying writing and art in Prague, Czech Republic, this upcoming fall. 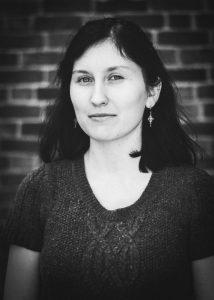 Madison Flannery is double majoring in Theatre and English (creative writing). She currently lives in Los Angeles, and has been published in Outrageous Fortune and Metaphor. Madison won the Adventure Write’s 2009 national writing contest, and her short fiction was accepted into the National Undergraduate Literary Conference (NULC) at Weber State University in both 2015 and 2016. As a hobby, she rewrites disappointing film and television scripts. 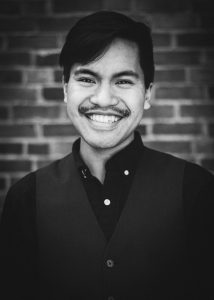 Gabriel Hudson is currently majoring in International Relations and English (creative writing) because he believes that stories have the power to bridge differences. This belief deeply influenced by his abroad to Prague, Czech Republic, that focused through creative writing and art on the metamorphosis of place and human identity. Previously, he has served as a copyeditor for Principia’s newspaper, The Pilot. In his free time, Gabriel enjoys sketching, playing guitar, and attending poetry slams with friends. 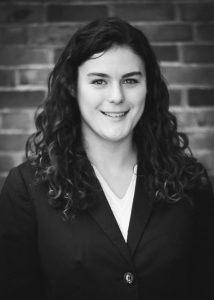 Rachael Schueler is double majoring in English (creative writing track) and Mathematics. Rachael has proofread a novel for republication, and has served as a copyeditor for Principia’s school newspaper, The Pilot. Her hobbies include blending the creative processes of art and writing, creating bad puns, and editing others’ work. She finds that English and Mathematics are not so far apart as everyone seems to think. 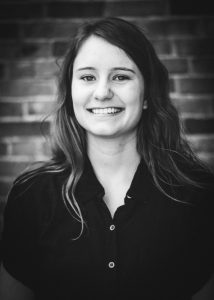 Harmony Nash is majoring in English in the creative writing track. She currently writes for her school newspaper, The Pilot, and previously served as a copyeditor for the paper,for them as well. Harmony has worked as an outdoor educator in Buena Vista, Colorado, and has travelled to Norway, Sweden, Israel, and Colombia. This summer she will be processing fish at a fishery in Alaska. Harmony is passionate about English literature, and, in her free time, enjoys drinking coffee, socializing, and reading The New York Times. 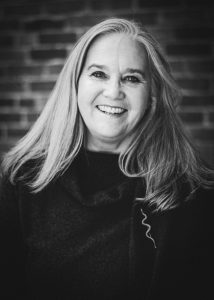